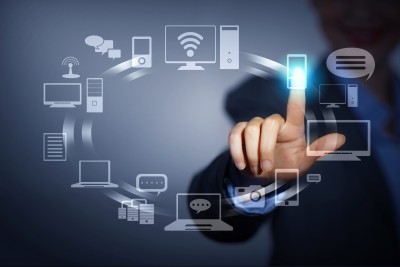 The fourth and final part of the IOT Sensor story… from past to present to future predictions. Looks at the emerging markets of “sensor dust” and ultra-pervasive computing systems.

New emerging use cases come even closer to the skin of a human being. Many new sensor algorithms are also being designed to better understand bio-rhythms and information about the human body. These new body-specific sensors report the end-user’s physical state. As we’ve seen this with this new class of sensors, today, a whole new set of additional data is available: velocity, physical activity, barometer, galvanic response, and body temperature. These new sensors can deliver always-on sensor data about the human body and human bio-rhythms to any system authorized by the user to receive the data.

In the post-Covid era, we are beginning to see companies rapidly adapt their sensor stacks and sensor fusion frameworks to the new world of always-on temperature and galvanic responses that can detect a person’s infection prior to the appearance of a full set of symptomatic reactions.[10a] 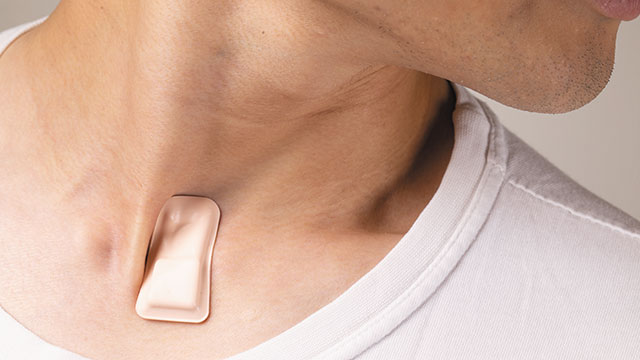 Right now, they are creating a set of algorithms specifically designed to detect early COVID-19 symptoms and monitor patient well-being. The wearable “patch” device produces ongoing streams of data and uses machine learning methods to uncover subtle and important health insights. This sensor can continuously measure and interpret respiratory activity in ways that are impossible with traditional intermittent monitoring systems.

However, it is critical to remember that creating new form factors for new classes of sensors are only good if the use case is compelling enough to force consumers to change the habits of a lifetime and actually begin wearing or using those new form factors. Wearables are only a great bio sensing opportunity if people wear them.[9]

A much easier path to broad adoption of new sensor classes and new algorithms is to deliver them on devices that consumers and enterprises already have as part of their daily productive environment.

It is possible – if unlikely – that new classes of devices that look like a FitBit or Google Glass may be part of the common lexicon in the next five years. Many of the physical sensors found in Nike Fuelband will no doubt be tightly integrated with these new wearable and on-skin computers. However, it is also possible that these biosensing algorithms will simply migrate to existing form factors and will become part of the world of PCs and phones.

However, despite the fact that much biosensing data will be collected with existing form factors, from phones, laptops and existing PC form factors, the world of wearable-sourced data and bio-rhythm specific algorithms will continue to expand in certain targeted verticals such as medical and sports.

In these verticals, biosensing data is collected in a Sensor Dust model, where remote data is gathered from small sensors on a human body and is connected into a local network via a hub (such as a phone or computer getting data via WiFi, Zigbee, BLE or other protocols. The MCU processes this data and displays it elsewhere for the user to examine. One example can be seen in the following flow of information in a Medical Monitoring use case: 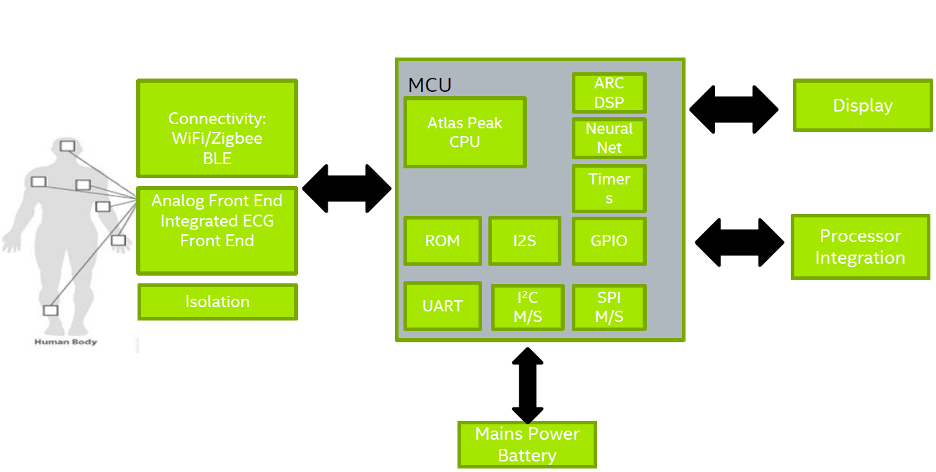 When sensors for bio metric readings are tightly integrated into existing form factors that consumers are used to using, then this Sensor Dust model of getting biosensing data on a regular basis will become a standard part of computing.

Form factors to source, analyze and display this data will include the existing PC/phone in the consumer’s world. Once again, it is important to note that existing PC form factors will become primary avenues to gather bio-sening information. In the near future, it is more than likely that your PC will be able to tell you after five hours of uninterrupted work that according to data it has sourced in the background during your daily activities, you “seem stressed” and “could use a 20 minute walk to de-stress and be more productive after the walk.”

As sensors continue to miniaturize, it is also likely that most clothing, footware and accessories will begin to contain sensors of different types and classes. Tapping your PC screen for a bio-metric update, and slipping on a shirt or just your everyday pair of shoes (both of which happen to contain bio-sensors) will be a much more natural activity than finding and using a use-case-specific form factor such as a FitBit or Apple Watch.

A Future of Sensor Dust

New types of small sensors and advanced algorithms will rapidly take over consumer use cases as the trend towards miniaturization continues. There will be wallpaper or paint you can put on your wall which will detect if someone is in the room, via miniaturized embedded sensors in the paint. There will be sensors that can be attached to every piece of furniture and even utensils, to indicate motion or usage.

Sensors can easily be attached to every piece of clothing and may be swimming in our bloodstream, reporting on our body’s performance and detected medication levels.

Here’s one current example of a device going to market soon:[11]

Within the next ten years, low-powered single-purpose sensors may be incredibly small and as ever-present as dust. The future is “smart dust,” in which sensors are placed nearly everywhere and can gather single point information in any situation or any location or about any person.

Current work underway in UC Berkeley labs includes ingestible core body temperature sensors,[12] as well as additional sensors that could float in the air and provide ambient readings on any environment.[13]

This would create a future market of “sensor dust” types of ultra-pervasive always-on sensors. Within the next ten years, low-powered single-purpose sensors may be incredibly small and as ever-present as dust. The future is “smart dust,” in which sensors are placed nearly everywhere and can gather single point information in any situation or any location or about any person.

To cite just a single example, a tiny implant the size of a grain of sand has been created that can connect computers to the human body without the need for wires or batteries, opening up a host of futuristic possibilities.[14] 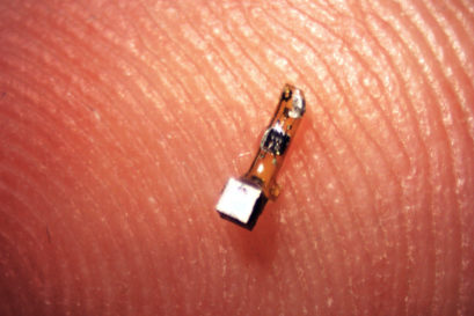 The sensor that has been prototyped is already shrunk to a 1 millimeter cube, about the size of a large grain of sand. Such a tiny form factor for a sensor can float in the air, be embedded in walls or device or can be implanted in the muscles and peripheral nerves. As an implant, this kind of a “dust-sized sensor” can be used to monitor internal nerves, muscles or organs in real time.

The sensor seen here, for example, contains a piezoelectric crystal that converts ultrasound vibrations from outside the body into electricity to power a tiny, on-board transistor that is in contact with a nerve or muscle fiber. Ultrasound vibrations, which can penetrate almost every part of the body, are used to power the sensors, which are about a millimeter across. The devices, dubbed “neural dust”, could be used to continually monitor organs like the heart in real time and, if they can be made even smaller, implanted into the brain.

Different styles of “sensor dust” will become ingestible, “paintable” and incredibly pervasive, leading to an emergent future developments. These things are in the labs today and eventually will find their way to broader market adoption in paint, clothing, in the body and in clouds that drift through urban environments.[15]

The readiness of such form factors is some distance away, and most will not hit the general consumer or enterprise market until 2025. Yet the infrastructure to deliver data from tiny sensors is already being built, and technology companies who are aware of the future must anticipate the emergence of “sensor dust” as a primary growth vector for the industry and for their own nascent endeavors.