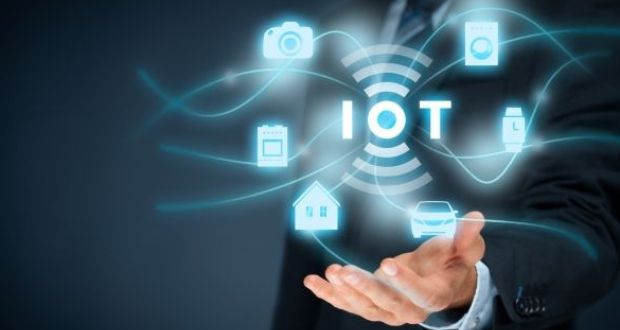 The first part of the IOT Sensor story… from past to present, with an eye towards the future.

A sensor is a physical or electronic device that can quantify a physical change and converts it into a ‘signal’ which can be read by an observer or by another instrument. Many different types of sensors are now deployed across a variety of devices, and with the explosion of Internet of Things (IOT) devices, the sensor market will continue to accelerate.

In the 1990s and early 2000s, the use of sensors was largely constrained to embedded systems, such as industrial factories that used weight, temperature and motion sensors to understand physical change of machines and systems. Most of the analysis of the data that came from these embedded systems was processed in on-premise data centers or remote data centers (later styled “cloud” data centers). Most of these types of on-device sensors and accompanying software were used merely for industrial applications such as device profiling and power management, and did not directly affect or influence consumer behavior on the device.

In the late 2000s, with the advent of the iPhone and Android phones, sensors began to be included on smaller consumer-ready devices. The first iPhone came pre-loaded with three sensors: an accelerometer, a proximity sensor and an ambient light sensor.

This was seen as a revolutionary breakthrough.[1] These smaller devices came with on-device computing stacks that could process the resulting sensor data immediately and provide immediate changes to the user experience based on sensor readings and contextual awareness. These experiential changes led to the market rapidly adopting a number of new sensor types over the next ten years. 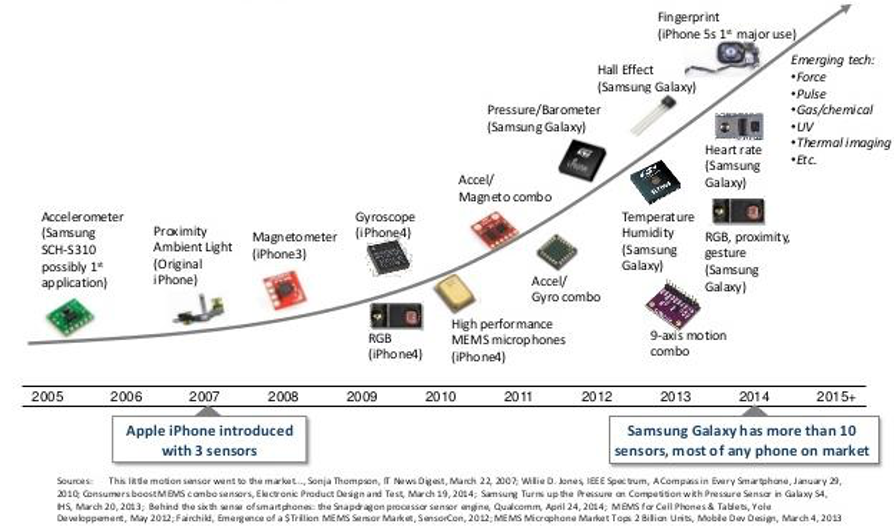 Sensor fusion on device led to the availability of abstract “user states” and the ability to target these states with specific changes in the device performance and feedback to the user. Rapidly, many manufacturers added additional sensors and the sensor world exploded into new form factors, new types of sensors and new ways to fuse this information together. For example, new accelerometers could capture complex gestures and could use user-defined motion to provide commands to the device.

The immediate feedback provided by these on-device systems capable of processing sensor inputs and providing a change in the experience to the user led to immediate innovations in application development and the advent of “context aware computing,” declared to be an important trend by Intel’s then-CTO Justin Rattner in 2010.[2] Mobile devices and mobile applications began to make use not only of “hard sensing” – direct input from accelerometers, cameras and other sensors – but also “soft sensing”, which included user-input data such as social media, online history and personal calendars.[3]

Cloud-based data services further complicated the picture of a “user state” on a device: if a user was in a particular location and took a particular action captured by a sensor on device, that “state” composed of those two inputs would mean something specific to the device and could surface certain immediate changes for the user’s application experience, based on that context.

These additional layers of “context awareness” led to the rapid growth of sensor-derived applications that were responsive to user soft sensing behavior as well as hard sensor behavior. 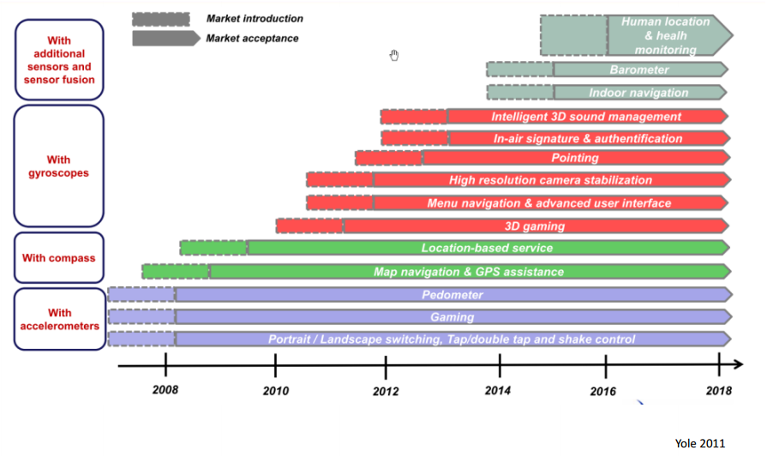 Sensors today have become indispensable to consumers and enterprises. For business interests, sensors provide vital information about parameters for industrial applications such as temperature, position, chemistry, pressure, force and load, and flow and level. This information is used to influence processes and change mechanisms based on the immediate data gathered by sensors that weigh, measure and quantify manufacturing events in real time.

Technical advances have also created a number of software layers that simplify the gathering of information for consumer usages. Sensors have become smaller and less power-hungry, while also adding more accuracy and more “understanding” of their environment. Microelectromechanical systems (MEMs) like those found in current mobile devices have revolutionized our experience of the world. 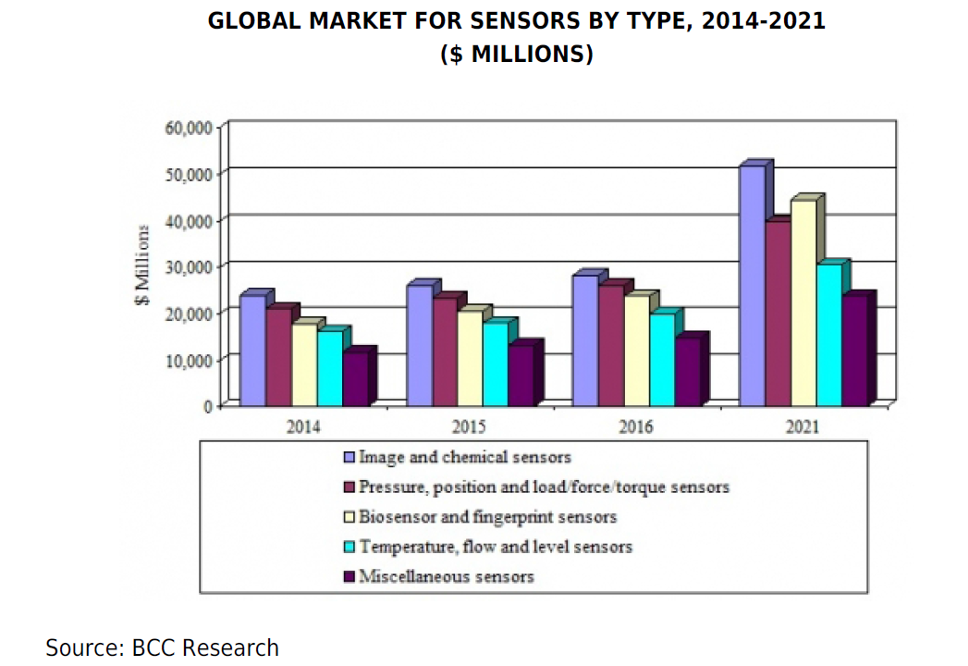 The explosion in both sensor usages and on-device computing stacks to analyze and produce results from that sensed data has led to additional new form factors that are sensor aware. Instead of merely a device that a user can hold in their hand, sensors are now being delivered as core functional components on everything from drones to autonomous vehicles to eso-skeletons to robots.

Check back for Part II – Next Week