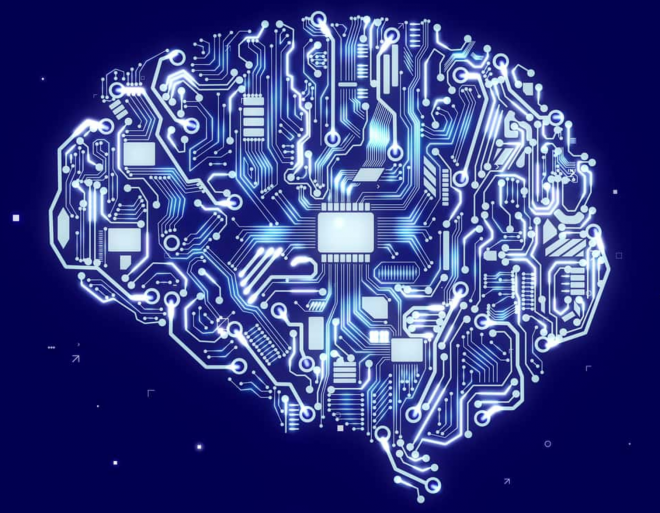 This year I learned about a mind-blowing advance in brain-computer interface (BCI) technology for recording and interpreting neural signals. Founded by a wealthy and outsized personality, the West Coast startup has raised more than $100 million to advance the boundaries of neuroscience, augment human memory, and perhaps meld mind and machine in mind-bending ways. You know, modest goals like the rest of us. And, no, I’m not talking about painting lipstick on a pig in the way that Elon Musk is doing at Neuralink, a BCI startup that recently demonstrated its hardware hardwired into a poor little piggy. This story is about Kernel, a startup founded by Bryan Johnson that broke stealth mode (again) earlier this year with new mind-reading hardware powered by machine learning. It also unveiled its business model: Neuroscience as a Service (NaaS).

What is Brain-Computer Interface Technology?

Commercial BCI technology falls under the broader category of what’s become known as neurotech, which also includes applications like brain diagnostics and therapeutics, such as neuromodulation and electroceuticals.

We first covered BCI technology, also known as brain-machine interface (BMI), back in 2016 beginning with an early profile on Los Angeles-based Kernel. At that time, the rumor on the street was that the startup was developing a sort of memory storage chip to augment memory recall, replacing the need to rely on your Facebook timeline. In general, most BCI hardware systems either plug into the brain Matrix-style (that’s Neuralink) or opt for something more akin to a wearable. The latter is usually a device worn on the head, like a hairnet or a skullcap that rugby players wear so they don’t get their ears chewed off in a scrum. On the software side, you’ll likely encounter machine-learning algorithms helping record, analyze, and translate those signals, which vary depending on the type of hardware system being used.

The applications for BCI technology are also diverse, from typing without the need for a keyboard to controlling bionic arms with one’s thoughts. I’ve come across a ton of startups developing BCI tech, including companies like CTRL-labs, which uses a wearable on the forearm to capture signals from the nervous system that are translated as movement in a digital environment. Facebook thought enough of the technology to acquire CTRL-labs last year. Meanwhile, Kernel has been doing its own thing.

While Neuralink hogs the spotlight, Kernel has seemingly been quite content to remain in the shadows – until this year. Founded in 2016, Kernel has raised $107 million in funding, including a $53 million Series led by General Catalyst, a 20-year-old venture capital firm that recently announced $2.3 billion in capital commitments across three funds. Khosla Ventures, another high-profile VC firm, also joined the round. Johnson added some more of his own money to the round after seeding the company back in 2016 with $54 million out of his pocket. The new infusion of cash will support further technology development and commercialization of the company’s NaaS solutions.

Use Cases for Neuroscience as a Service

These days, lots of companies offer software as a service, or SaaS. The basic concept is that most computing is done remotely through the cloud, rather than downloading software locally on a desktop or laptop. Usually there’s a monthly or yearly subscription involved, such as with the Adobe or Microsoft software suites.

The business case from Kernel is that its hardware and software combo can enable world-class neuroscience for researchers without the need for a room-sized gadget, like an MRI machine, to image and study the brain. Instead, the company’s engineers have shrunk the hardware down into a 3D-printed helmet powered by specially designed microchips and machine-learning algorithms. The premise is similar to what I’ve seen from startup Butterfly Network, which developed a handheld ultrasound.

Kernel says its two BCI hardware systems (more on that shortly) can provide rich but relatively cheap, quantified, scalable, and high-fidelity neural data acquisition to accelerate all types of industries:

Now let’s take a closer look at the hardware.

Kernel has built two brain-recording technologies called Flow and Flux. It has posted a long, long white paper with more technical details, but in a nutshell: Flux uses hundreds of sensors capable of detecting extremely small changes in magnetic fields from a brain’s intrinsic electrical activity. It records the magnetic flux in these fields across the whole head. Flow takes advantage of the relative transparency of the skull and brain tissue to near-infrared light by beaming photons through the head and measuring their scattering and absorption. The technique enables indirect measurements of brain hemodynamics (what MBAs might just call blood flow), which is also representative of neural activity.

Kernel claims the latter offers comparable resolution and sensitivity to state-of-the-art hemodynamic systems but can be manufactured for only a few thousand dollars and is largely scalable. The picture below illustrates how radically Kernel has scaled down the hardware currently used to track cortical hemodynamics for brain research:

At left is the lab-cart scale of a typical machine, compared to the latest version of the Flow module and microchip.

Both technologies, according to the company, are “based on a lightweight headgear that allows for natural head motion, a wide variety of stimuli and peripherals, various natural environments, and user interaction.” They are also 3D printed out of nylon filament, making them even more high-tech sounding.

The Sound of Music Signals

In the same white paper, Kernel goes into even more detail about two applications it developed called Speller and Sound ID. The former involved participants spelling words via brain signals using visual letters on a screen. The average accuracy was about 80%, which is better than any score I got on spelling in middle school. The latter is sort of like that app Shazam that can instantly identify any piece of music that it hears. In the case of Sound ID, it can infer what kind of music or text someone is listening to from a list based on brain signals:

Sound ID was able to play the Name that Tune game on a relatively small training dataset.

Just think how drunk you can get at pub trivia night and still be able to answer all the music questions correctly.

There’s no question that Kernel has achieved some incredible technological leaps in BCI hardware, if the products truly work as advertised. It’s unclear if Kernel has entirely pivoted away from some of its more ambitious goals on par with companies like Neuralink. Namely, when do I get to control robots or surf the internet? Better yet, when do we get to merge with the internet, accessing the breadth of human knowledge with the blink of an eye? The company that can deliver on that promise truly becomes the next Google.