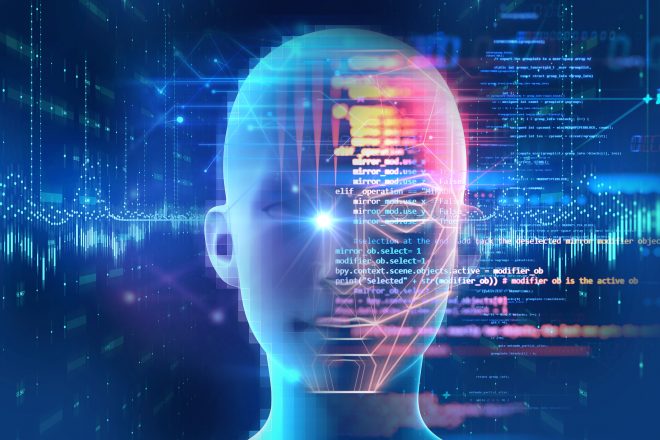 I recently gave an interview to a pair of researchers about what I thought was coming in future technology. (transcript follows)

Thanks to many for re-posting!

A couple things I think are essential about technology. Really good technology should be mostly invisible to the user. Technology in general should be something that lets people get to their goal or their task focus. Without being in the way. It should be a layer that almost does not exist. So if you think about clothing for example, clothing can move smoothly and quickly rather than clothing that restrains and constricts you. The goal of good software is to enable you to move faster, not slow you down. For example, a touch screen gets me to something quicker than typing something in. So that’s basically the previous point that it’s almost invisible. For example, with a (good) touch screen, it feels as if I’m pushing right into the software.

Also, I can actually get to vast data storage, millions of data records of other information that I don’t have access to. So software or other technology should make it available, without the need for additional steps. So the idea that, a good example is that someone said recently that they felt with their computer off, half their brain was missing. That’s good technology, it’s supposed toaugment the brain or make you feel smarter or faster or richer or deeper, it’s not supposed to be your frustration. So I see us in 10 to 20 years feeling that we have an augmented brain because we have access to these databases so I can find any one anywhere in an interface that feels almost invisible.

Building on that augmentation idea, it should be something that is infinitely customizable so it becomes not an augmented reality, that’s going a bit too far, but a version of who I am in the world, rather than a one size fits all. So much as we now customize our webpages or Gmail or Facebook, whatever we use, if I tend to prefer large icons and I constantly hit the small icon off the icon should change shape depending on how I act, so it should be intelligent not in terms of superseding my desires, but in terms of conforming itself to my desires. So if I tend to use a mouse instead of the keyboard options, then the mouse should become faster and better, or if I use keyboard shortcuts, then I should have a vast array of them, but if I never use them, why don’t you turn them off so if I accidentally hit one, I’m not like “what the hell?”

So the software should be intelligent enough to accommodate itself to my desires, and of course that takes learning and design. It’s just code. So speaking of customizable though, I would love it if there was a relatively easy interface for people to develop software, maybe this is beyond the purview of this conversation, but if people could put building blocks of software together, a good example of this is Popfly at Microsoft or Pipes at Yahoo, both are good example of services that allow people to mesh up storage or mesh of data information together. So if there was a consumer focused way for people to put things together. I may be interested in restaurants in the Caribbean, I may care about my family history down there, so I combine the two, and I suddenly find out my family tree places where the restaurants are. Who knows, that’s something bizarre, but the point is that each person has their own data stores that they care about, and we can’t assume that one size fits all.

WHAT WILL HAPPEN IN THE FUTURE?

So I see people constantly putting other people together with each other. So putting people together with location, or someone they care about and weather. Someone their care about and swine flu. And like, it all comes back to being a node in that world. OR like, I was recently contacted on Facebook by somebody I knew in 4th grade, so I was curious about where they’d been, where they’d been over time, so I searched, I started searching, and I ended up with a map of San Diego because they’d been down there, but that came out of a focus on the person, so I think that regardless with how much technology surrounds us, it really comes back to, we’re connected to other people and it doesn’t matter whether it’s a physical connection, whether I’m walking home with somebody or I’m texting somebody on my phone, it’s about another person, it’s about the connection. So the data sources I think have to have, not just the person searching at the heart of it, but the ability to search for other people, which is why I think, customized URLs or webpages are becoming more and more pervasive. And why the kind of people search domain is going gang busters. So what other data sources?

Within 20 years, publishing as we know it is going to be gone because texts produced by people are going to be pervasively available, so I picked up a paperback book the other day and I was, it was a book I’ve read before and I was like, “where the search?” I was automatically thinking about where the search was. And I don’t think the book is going to go away because books are beautiful piece of technology, but the ability to access any text that’s ever been written, I think the whole Google book program matters in a really deep way and i think in a way people don’t realize yet because I think people are going to be searching one text against another. I’m really into John Milton, Paradise Lost, and I recently searched a phrase in John Milton and I found that that phrase was used by 600 authors over time because he wrote back in the 1600s, and just being able to cross reference that, it wasn’t the academic scholarship, so much as the the, what’s the word, the resonance of an idea or term through time.

If we had everything we have now about online search and being able to reference data stores, Newton and Leibniz for example, invented Calculus in the same period in different locations, and if we had all sources we have now, that wouldn’t have happened because we would have been up on everyone’s developments. So it’s like going to you and saying, I guess people are going to use that technology to leap frog developments. Instead of just getting news quickly people are going to say, “oh, there’s a new development in nanotechnology, which enables me to go green technology, which enables me to go boom boom.” So instead of developing something over 20 years in a company, that will happen in 20 minutes flat. So I think that access to development will accelerate all sorts of innovation. Because the true innovation which emerges from nothing, all innovation is built on particles and pieces of previous thoughts, so now that we have all those previous thoughts there, it’s going to accelerate that.

Another thing, I think people are really going to mash up and combine are different technologies that seem at variance to each other. So I saw recently that somebody had connected different pieces of technology on an iPhone to do surgical, non-invasive surgery and they were doing it through the iPhone, and the iPhone was never designed for surgery, but they were doing it, they rigged this thing and they had an endoscope and they, so we’re going to see combinations, like that speaker phones there, if I was McGiver, I could rig it to blow up the building.

WILL YOU BE A MCGYVER?  I think we’re all going to become McGyvers in the future, and we’re not going to become McGyvers because we’re using bubble gum, but we’re taking an intelligent pen and eraser, and saying talk to each other. Figure something out and come up with paper that can be written on and erased like, and so the way we put things together is going to be innovative, not necessarily the things themselves. Another example is that there were some kids recently and they got with their teacher with a balloon, a camera and a bunch of other stuff that’s readily available at Toys R Us, like a remote control car and they built, in a week, they built this thing with off the shelf stuff, and this teacher was just a 4th grade teacher, not a math genius,

they built this balloon that could float up into the atmosphere and take pictures of the earth from space. And then the balloon popped and it floated back down on a parachute, and there were pictures of space and the same backyard. So it’s being able to put things together like that.

So I think the combinations of things, of assuming that there’s a low bandwidth cloud that everything can talk to each other. I think that’s going to be present. So in the future, you’re going to wonder why the heck there’s a recorder sitting on the table, why isn’t it uploaded to the cloud, like, “why was it, what was the problem?”